Developed to meet the needs of the company’s nationwide network of fabricator partners, the SSSP draws on the BSI Kitemark scheme to provide a simple and cost-effective route to third-party certification. This is in response to new legislation which states that any building projects requiring Building Regulations approval for security, must use windows and doors that have been tested by an independent third-party body in accordance with a security standard such as PAS 24. In addition, planning applications are increasingly including a condition that requires fabricators to hold third-party certification.

Commenting on the award, Smart’s Senior Project Engineer, Kevin Cole, said: “Our fabricators still have to go through a certification procedure themselves, but by sharing our knowledge and test data we give them a fast-track process at a fraction of the cost. So far, around 20 fabricators have either already achieved BSI Kitemark certification through the programme, or are looking to commit - with many more in the pipeline.

“We aim to make sure that our fabricators can benefit from having fully Kitemark-approved systems. Whatever door or window system their customer likes, they can open up the fabrication manual, select any profile and know it has been fully tested, or has been assessed to the necessary standards.” 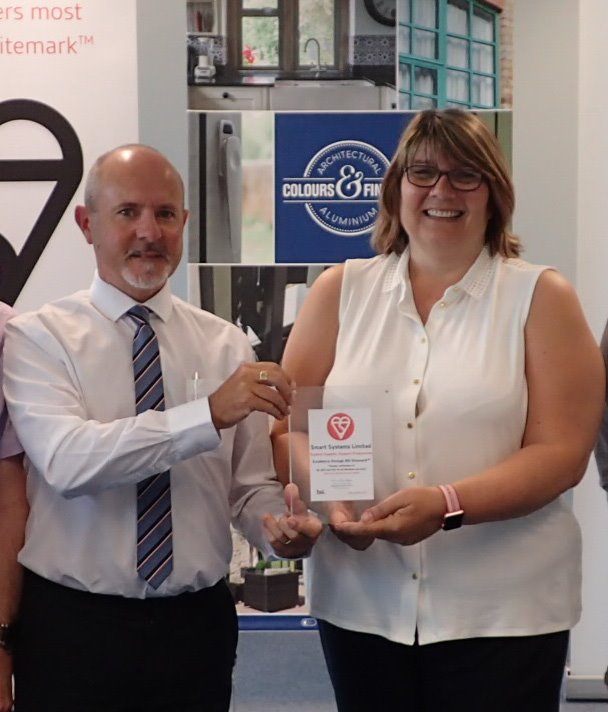 Smart's Kevin Cole being presented with the BSI Special Award.